How to get there

València is accessible by air, land and sea. It boasts travel links to many major Spanish and European cities. The airport, situated just 8 kilometres from the centre of València, has regular daily flights to popular domestic and international destinations. The city also has two main railway stations, the Estación del Norte, from which the local train network operates, and Joaquín Sorolla, offering AVE high-speed rail services to Madrid, Cuenca, Seville and Córdoba. ALVIA and EUROMED long-distance trains also depart from Joaquín Sorolla, providing connections to cities including Barcelona.
València is home to one of the most important commercial ports in the Mediterranean. The port, which operates passenger services to both the Balearic Islands and Italy, is fast becoming a popular destination for cruise ships, which dock at Poniente Pier, enabling passengers to spend a few hours exploring the city.  For those travelling by car, València is equipped with a modern motorway network making it easily accessible from any city on the mainland. These include the AP-7, which runs north to south along the Mediterranean coast connecting the city with Barcelona, and the A-3 running from València to Madrid.

1 km from the centre. Metro (lines 1 and 5), free bus to the centre and taxi rank. Bus 64.
North Station (Station for short distance trains):​

6 km from the centre. There is an internal shuttle service at the port which takes passengers to the main terminal. Bus (lines 4, 30, 95) and taxi rank
https://www.visitvalencia.com/en 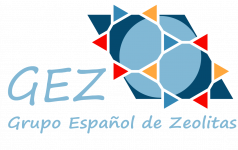